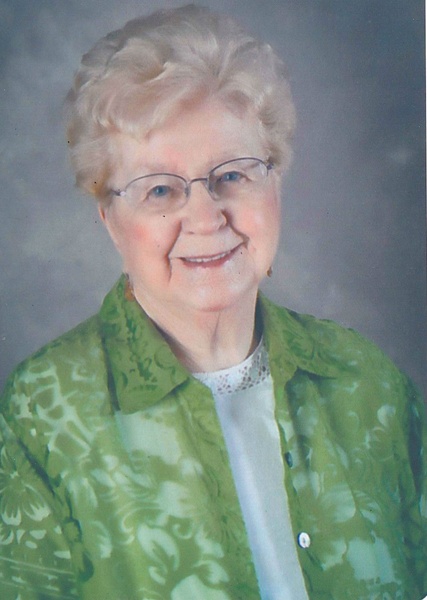 
Sadie DeVries, 97, a resident of the Christian Home and Rehabilitation Center of Waupun, died Monday, January 4, 2016.

Sadie was born October 25, 1918 in the town of Randolph, the daughter of Martin and Hattie Acronius Heeringa. On August 24, 1939 she married John F. DeVries in East Friesland. The couple farmed in the Fox Lake and Randolph area for over 40 years, and enjoyed wintering in Florida for many years. While residing in the Randolph area, Sadie was a member of Second Christian Reformed Church of Randolph where she was a member of its Lydia Society. Upon moving to Waupun in 2002 Sadie became a member of Bethel Christian Reformed Church. One of her many joys in life were knitting and crocheting.

Sadie was preceded in death by her husband, John F. DeVries in 1993; a son, Floyd DeVries in 2012; son-in-law, Barry Harmsen in 2006; two grandsons: Bradley and Todd Harmsen; a brother, Louis Heeringa; a sister, Irene (Ralph) Miedema; and brothers-in-law and sisters-in-law.


Friends and relatives may call on the family on Thursday at Werner-Harmsen Funeral Home in Waupun from 4-7 p.m. and on Friday at the church from 9:30 a.m. until the time of service.


A memorial fund has been established for the Christian Home building project.

To order memorial trees or send flowers to the family in memory of Sadie DeVries, please visit our flower store.