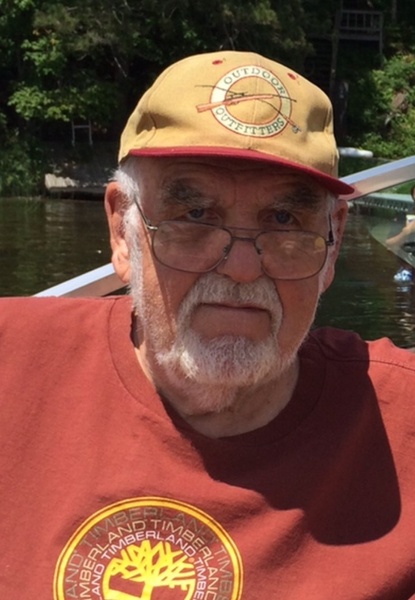 Bill was born May 7, 1935 in Eveleth, MN to Clifford and Vaunda (James) Byron. Bill graduated from Eveleth High School in 1953 and went on to play football and study at the University of North Dakota. Bill graduated with a degree in art education and subsequently earned a master's degree at the University of Wisconsin-Oshkosh. Bill taught art at Waupun High School from the early 1960’s until his retirement in 1992. He was known for his easy-going manner and ability to relate to students of all backgrounds. Bill coached JV football in his early years at WHS. He went on to be a formative member of the Waupun Hockey Association, and was part of the leadership team that brought indoor ice to Waupun in 1976. In addition to coaching his sons when they were younger, Bill had the patience to coach the youngest of all hockey players (the Mites) for many years. Bill was an avid outdoorsman. He enjoyed fishing, hunting, and camping in the BWCA, which was practically part of his backyard as a youngster on the Minnesota Iron Range. Bill was a skilled wildlife artist, sculptor, and potter. He enjoyed sharing his art with others. Most of all, Bill loved spending quality time with friends and family in the north woods of Wisconsin and Minnesota. He will be missed by all who had the good fortune to share their lives with him.

Bill is survived by his wife of 62 years, Ida Faye (Haanpaa) Byron; his sister, Jackie Carlson of Embarrass, MN; his son, Kraig (Kathy) Byron and grandchildren: Colin and Chloe Byron of Oregon, WI; his son, Lance (Alexia) Byron of Manuel Antonio, Costa Rica; son-in-law, James Janke of Wausau and granddaughters: Emma (Cody) Buckli of Wausau and Lana Janke of Pensacola, Florida; and nieces and nephews: Michael (Pepper) Carlson, Laurie (Paul) Kess, Beth (Andy) Haasl, Dave (Pam) Carlson, and Tim Carlson, all originally from Embarrass, MN, and all of whom he loved like his own children.

Bill was preceded in death by his parents; his brother, Jimmy Byron of St. Paul, MN; and his daughter, Brenda Janke of Wausau.

A celebration of life will be held Saturday, August 24, 2019 from 1-4 p.m. at the large shelter at the Fond du Lac County Park in Waupun.

The family would like to thank the volunteers and staff at SSM Hospice and the teams at Home Instead and Prairie Ridge for their compassionate care.


To order memorial trees or send flowers to the family in memory of William "Bill" Byron, please visit our flower store.