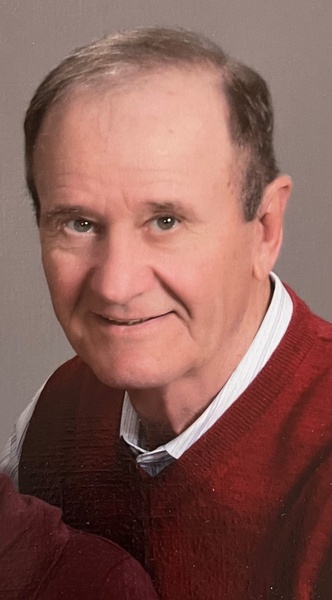 
William Koenen, 78, of Waupun, peacefully passed away on November 11, 2021 at Prairie Ridge in Waupun, with Sharon at his side.

William was born December 15, 1942 in Kewaskum, WI the son of Jacob and Cora Wiesner Koenen. He graduated from Goodrich High School in Fond du Lac in 1962. He continued his education at St. Norbert College in De Pere where he received his Bachelor’s degree. On August 1, 1970 he married Sharon Lloyd at St. Mary’s Catholic Church in Eden. They resided in De Pere for six years, moved to Beaver Dam, and in 2000 moved to Waupun.

Playing baseball was Bill's passion, and he satisfied it when he played with the Mayville Legion team, his high school and college teams, and Rock River League teams, where he won the 1961 Batting Championship for its Northern Division, playing for Brownsville. Later he coached youth teams, and followed that by attending every one of his sons' games, and many of his grandson's games. Later, golf replaced baseball as a source of abundant challenges and fun at Old Hickory in Beaver Dam.

Bill served three years in the Army, attending Officer Candidate School and spending a year in Korea. He put in another 24 years in the Army Reserves, retiring as a Lt. Colonel. While doing that, he was a manufacturing engineer at John Deere in Horicon for 27 years. He was an active member of St. Joseph’s Catholic Church in Waupun.

William was preceded in death by his parents and grandparents.

Friends and relatives may call on the family on Thursday at Werner-Harmsen Funeral Home in Waupun from 4-7 p.m. and on Friday at the church from 9:30 a.m. until the time of service.


Funeral services for William Koenen will be held Friday, November 19, 2021 at 10:30 a.m. at St. Joseph’s Catholic Church in Waupun with Fr. John Radetski officiating. Lunch for all will follow the service.

To order memorial trees or send flowers to the family in memory of William Koenen, please visit our flower store.