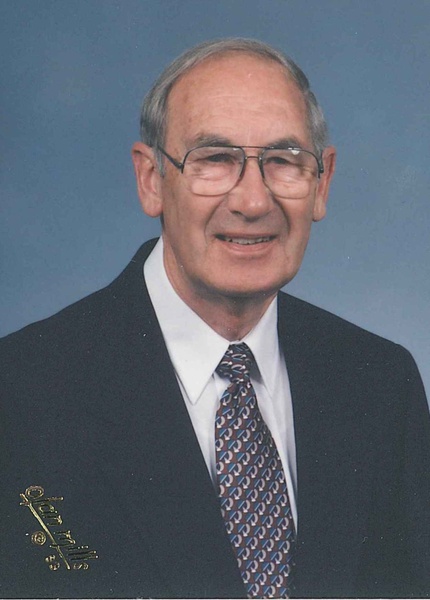 
Wyman Kastein, 92, of Waupun, was called to his heavenly home on Sunday, August 28, 2016 at the Christian Home & Rehabilitation Center in Waupun surrounded by his family.

Wyman was born May 17, 1924 in the town of Alto, the son of Harvey and Elva Vande Zande Kastein. On September 1, 1950 he married Donna Niklaus at the Lutheran Church in Markesan. Following their marriage the couple resided in Alto for 60 years and moved to Waupun in 2010. Wyman was owner of Kastein Hatchery and co-owner of Kastein Poultry Farms with his brother Rusty until 1982. After his retirement, Wyman delivered supplies for CESA6, worked at Ripon College in food service, and ended his working career with Alto Co-op where he was in custodial services.

He is a veteran of the United States Army. During World War II he attained the rank of sergeant and served stateside training troops. He was a member of American Legion Post 210 in Waupun, past member of Brandon Lions Club, past member of Waupun Kiwanis, a former Gideon, and was also a volunteer fireman for the Alto Fire Dept. for 20 years. He served nine years on the Waupun School Board, and nine years on the CESA Board, being president of both. He was president of The American Egg Board and president of the Wisconsin Egg Board.

Wyman’s strong faith was molded as a life-long member of the Alto Reformed Church, which he loved dearly. He served on the consistory, was superintendent of the Sunday schools, sang in the men’s and adult senior choirs and led many church services as a song and worship leader.

Wyman is preceded in death by a son, Terry Kastein and a sister, Delaine Leavitt.

Wyman was a humble man filled with God’s grace, love, and patience. He was a huge sports fan of all Wisconsin teams. He always had a smile and an encouraging word for everyone. He will be greatly missed by his family and all who knew him.


Friends and relatives may call on the family on Thursday at Werner-Harmen Funeral Home in Waupun from 4-7 p.m. and on Friday at the church from 10 a.m. until the time of service.


In lieu of flowers, contributions will be designated to the Alto Reformed Church Memorial Fund.


To order memorial trees or send flowers to the family in memory of Wyman Kastein, please visit our flower store.